This afternoon, I paid another visit to the bald eagle nest on the Connecticut River just North of Brattleboro, VT. As we approached the nest, we could clearly see an eagle perched atop the right side of the nest. However, something was different about this eagle because the trademark white head was missing. For the first time, I was seeing one of the young eagles standing proudly on the rim of the nest. 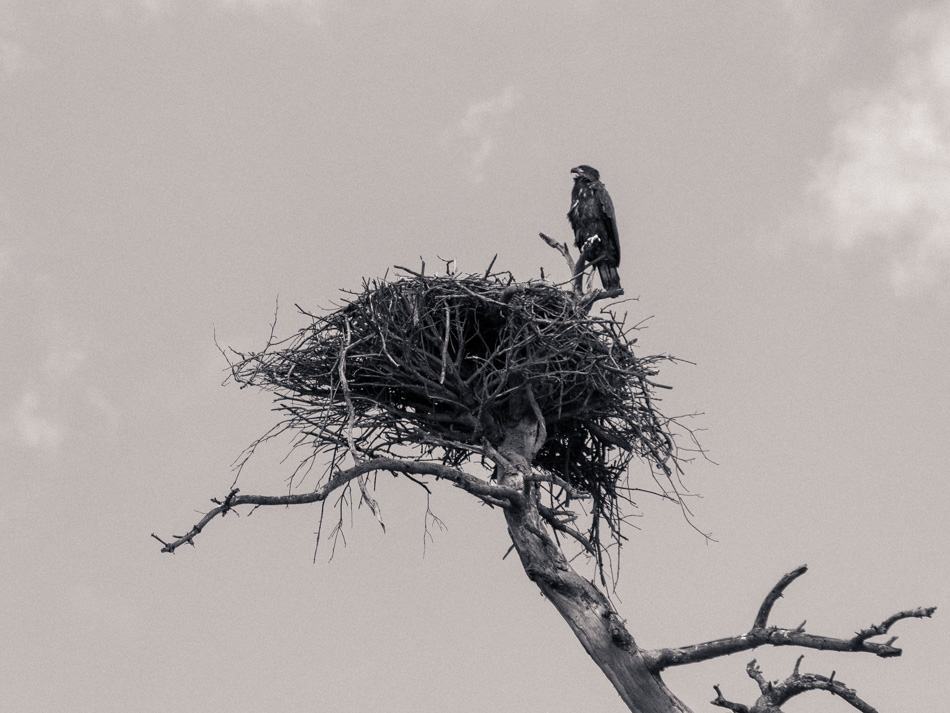 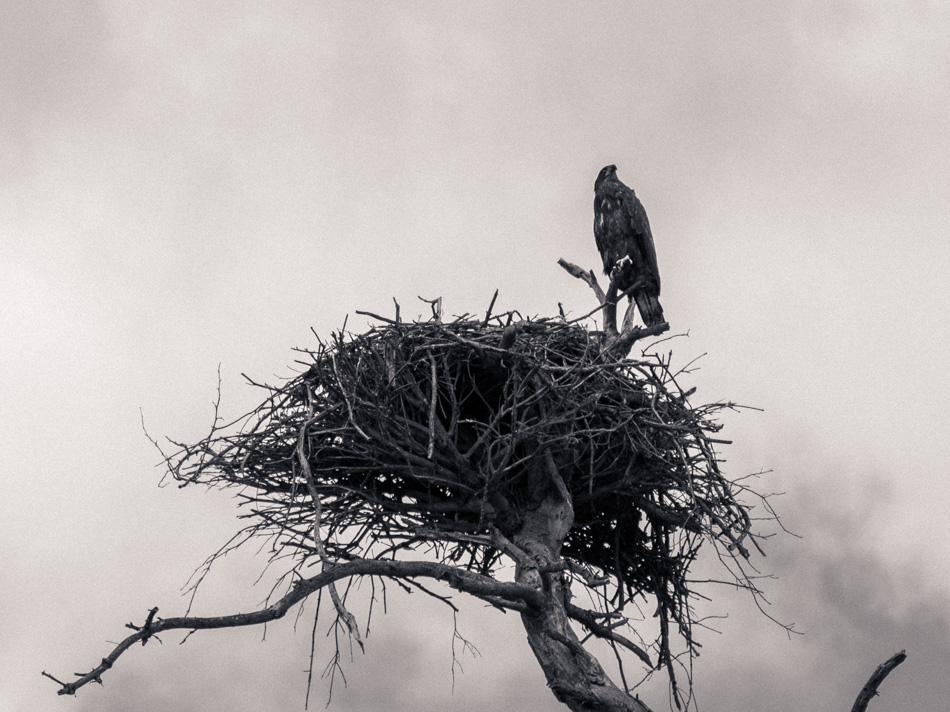 As we drifted past the nest, we could see another juvenile bald eagle flying upriver towards the nest. The young eagle still perched on the nest began to call to the other eagle, and eventually it took flight to join its sibling. 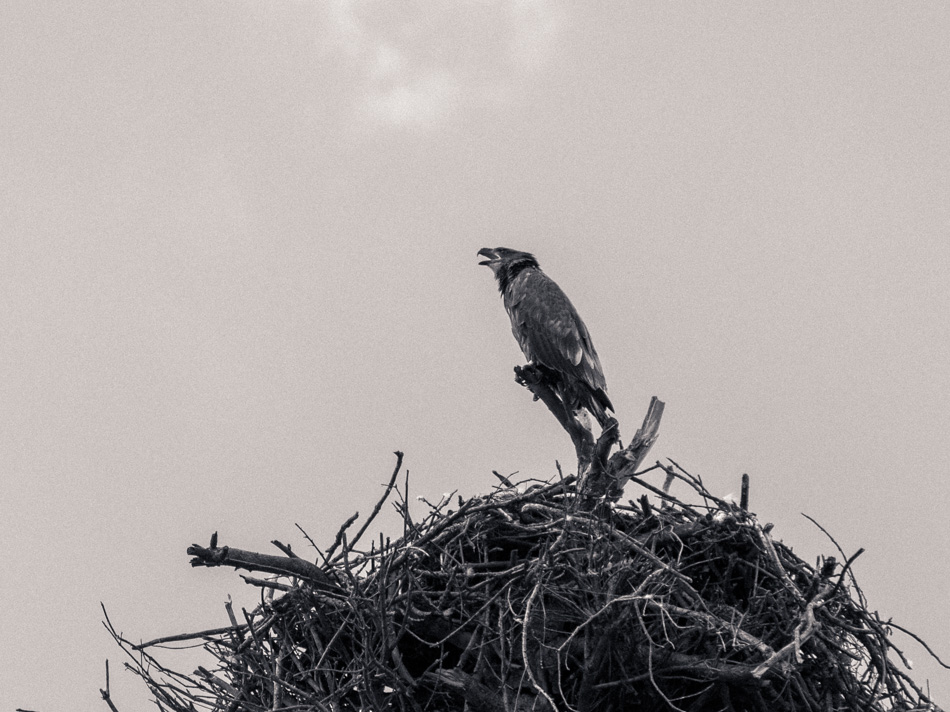 We continued a little way past the nest before making a sweeping turn to point the boat downriver. As we approached the nest from the North, we could clearly see that the adult bald eagle had returned and was perching on one of the dead tree limbs below the nest looking downriver. The sun began to strike the eagle’s prominent white head, causing it to glow against the bright sky. 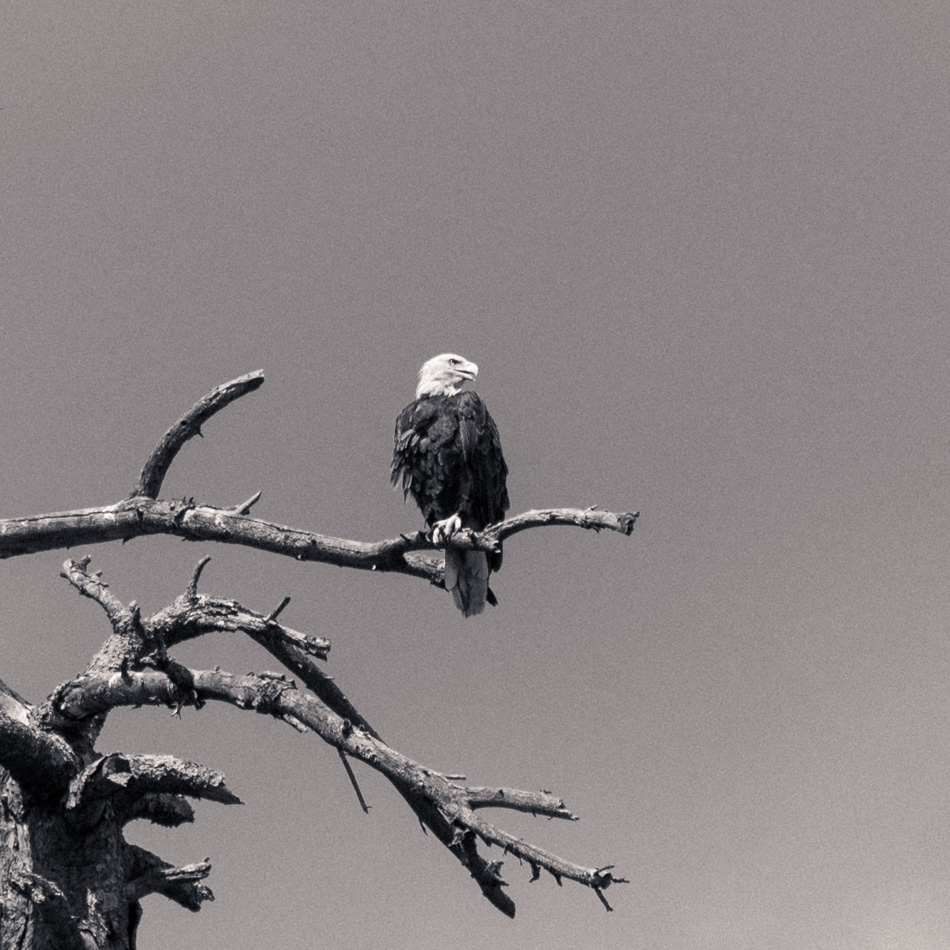 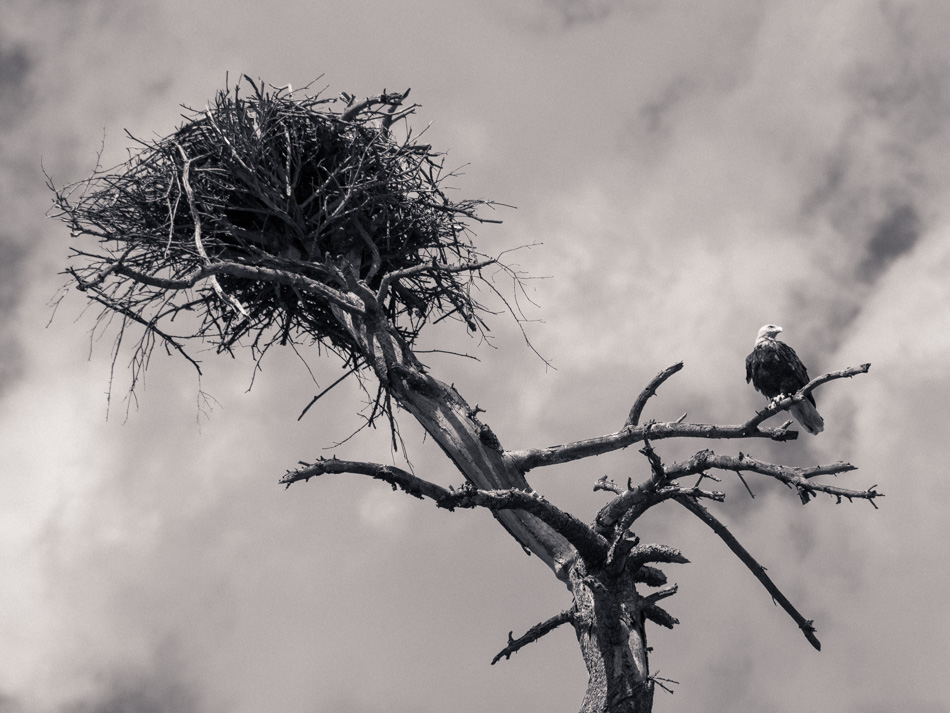 Thanks again to Bob and Stella for taking me out on the river to follow the progress of this family of bald eagles. This has been quite an adventure.